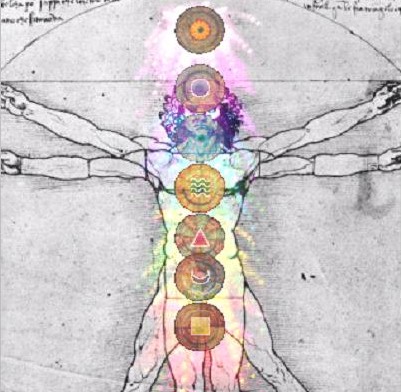 The Seven Chakras of Man and Woman

The Dangers of Opening the  7 Chakras

Those who have practiced meditation, yoga and who have submitted themselves to various chakra initiations within Eastern belief systems have unknowingly  opened themselves to scores of demons. If you are a practicing Christian  and you are experiencing various energy pulls, shifts, sensations of heaviness, heat and cold, if you find yourself frequently out of control of various body parts, bodily functions  and/or  other manifestations, you are experiencing the outward signs that suggest that you need to be delivered “inside” your spiritual body. Here is why. You have made an invitation to Hindu gods, aka, evil spirits aka demons and fallen angels. Here is a summary of “what has happened.”

The 7 demonic gateways or doorways

There are seven psychic gates  in the human body that occultists call chakras: The crown of the head,  the forehead between the eyes called the 3rd eye, the throat, the heart,  the navel, the sex organs and the anus. In his testimony, former  grandmaster occultist, “Eric” revealed that these 7 openings are sealed  by God and opened by man through sin.  When they are opened, spirits are  able to pass through these gates or doorways, several at a time.

About  5 years ago, I counseled a very religious man, an Asian who had been  dedicated as a child to Hindu gods, converted as an adult to  Christianity, studying to be a minister in seminary and a member of a  7th day Adventist church. He came to me because he was hearing  condemning, accusatory voices throughout each day.  In counseling we  discovered that “James” was not saved. James has been a long time  practitioner of yoga, a spiritual discipline whose goals are to “open  the 7 gateways.” James’s gateways were wide open. The Lord gave James a  dream, showing him that over each chakra, sat a Hindu deity, aka a  demon–as follows:

During  the  telephone deliverance session, James discerned that scores of  demons were running in and out of each of his gates.  So to stop this, I  had to close the gates by casting out each of the 7 deities. Calling  them by their Hindu names, one by one, they came out roaring, cursing,  screaming and speaking in tongues.  By the way, James had never spoken  in tongues, other than in the  session.

This was a unique  deliverance.  I had never heard of any such thing before or since.  However, after reading what Eric had to say, I will certainly perform  this ritual with others. James was not only delivered of the torment,  but all of his religiosity completely disappeared.

Eric reports  in his book that he has projected himself into the bodies of weak  pastors through the first gateway, the anus. When “inside”, he would  evaluate the pastor’s spiritual power through his aura, a feat that Eric  accomplished in two minutes. If the aura is a certain color, then Eric  knows the person is weak in faith. In most cases, the power of the  pastor was weak because of fornication. In his own words, “There are  many men, women, boys and girls who are ravening wolves or agents of  different demons, operating in different churches all over the world.  Women and girls are more in this connection then men. The presence of  such agents in Christian churches will always guide astral spirits on  how to advance their manipulations against Christians.”

According to Eric, the sins that open the 7 gates are:

1. sexual intercourse with a demon in a dream or sex with a prostitute

6.  Anger. (By anger, demons transmit certain diseases or sicknesses.  Demons will manipulate people to seek solutions from witches and  occultist—a psychic healer–who himself is an agent of demons in  disguise.

This is no surprise to me. Our Deliverance Assessment  Form gleans this kind of information from clients.  What Eric confirms   is that human spirits, witches and warlocks, and people skilled  in astral travel can enter into one or more of the 7 gates with their  own spirits, and function as if they were a demon spirit. Now I  understand why the Holy Spirit has often led me to call the spirit by  name—a mother, father, relative, rapist, any human being who has put  my client into bondage. In my deliverance counseling practice, I have had success with not only casting out demons but also casting out human spirits from a captive to a demonic soul tie.

If you have opened any of these 7 gateways, you need to have demons expelled from each chakra and then each chakra must be shut down and closed tightly,  the way God intends for them to be, call toll free 888-818-1117 to make an appointment for a telephone deliverance counseling session. Also, complete the contact form below.  in the comment box, give a summary of your condition.  the form is confidential..

Related books “the Church of the Endtime Zombies.  half the book is about the chakras. the other half, you don’t want to miss!!!

1 thought on “Christians Who Open the 7 Chakras are Demonized!”